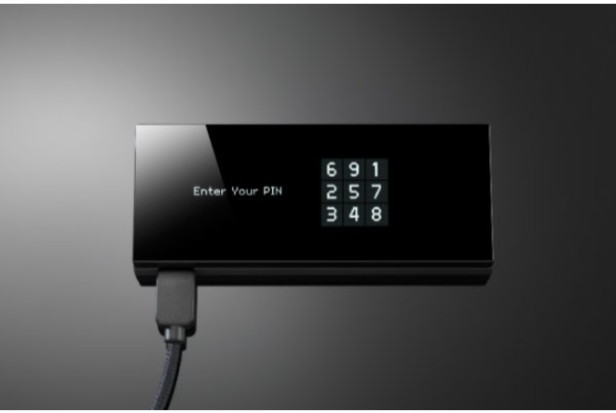 The Swiss cryptocurrency exchange ShapeShift offers a hardware wallet called KeepKey. In addition to security, it places a high value on design, making it unique among hardware wallets. But if you read this thorough test report, you can learn whether they can also perform well in the other areas.

Simple hardware wallet functionality is the KeepKey’s best feature. Because they prevent your private keys from ever touching the internet-connected device you use to send cryptocurrency payments, hardware wallets provide a higher level of security. This separate, offline device is used for transaction signing, which provides security against remote attackers attempting to access your crypto keys.

ShapeShift, the business that bought KeepKey in 2015, also operates a non-custodial exchange. For traders who want to increase the security of their funds, combining a KeepKey hardware wallet with the non-custodial ShapeShift exchange is a great choice.

Users of KeepKey can store other types of currency in addition to bitcoin. Along with numerous ERC20 tokens, the wallet supports many of the most popular cryptocurrencies.

Electrum and Mycelium are just a couple of the well-known wallet services that support KeepKey. Through these partnerships, KeepKey users can access their services by logging in to their wallets using the hardware wallet’s security.

The KeepKey device is fully compatible with a variety of operating systems, including PC, Mac, Linux, and Android.

In the hardware wallet industry, the KeepKey device has one of the biggest displays. It is much simpler to read and navigate than a lot of the competition and has a gorgeous design.

Review Of Keepkey: What Is Shapeshift?

Shapeshift was founded back in 2014 in Switzerland by Erik Voorhees. ShapeShift was able to grow their business thanks to the company’s success in attracting a respectable amount of funding.

The company offers two different platforms—Beta and Classic—as well as other useful tools, and it lets you trade Fox Tokens for free. Currently, KeepKey, an offline wallet that will aid in safeguarding your cryptocurrencies from hackers, is ShapeShift’s most well-known product, as you have probably already deduced.

What interests me the most is that the KeepKey wallet originally retailed for $239. KeepKey now only costs $49 after the price dropped significantly over time.

As previously stated, hardware wallets like KeepKey offer the safest way to store and use your cryptocurrency. To protect against both digital and physical theft, the KeepKey device uses the best security measures available. Let’s start by discussing how it prevents users from cybertheft. Your private keys are always kept on the KeepKey device in a safe offline environment. Your private keys are never revealed by the KeepKey, even when it is connected to a computer because it only uses a very simple protocol to communicate with it. The device is additionally immune to viruses, malware, and hackers because it is offline. Your KeepKey wallet must be physically unlocked by entering your secure PIN in order to gain physical access to the private keys and your cryptocurrency funds.

Consequently, I now come to the physical aspect of security. Without the security PIN you set or the 12-word mnemonic recovery phrase, the thief will not be able to open the wallet even if your device is stolen. In the section on KeepKey backup and recovery, we’ll discuss the latter part. The KeepKey is shipped in a tamper-proof package, which adds another layer of physical security. Additionally, the KeepKey device will detect this at boot time and display a warning because KeepKey does not support any firmware that is not directly distributed by them. If someone gained access to your KeepKey device and somehow installed modified firmware, this will be detected by the KeepKey device.

The KeepKey hardware wallet therefore keeps your cryptocurrency secure both virtually and physically.

Which Digital Currencies Are Supported?

Through its integration with MyEtherWallet, the KeepKey hardware wallet supports over 1000 different cryptocurrency assets, the majority of which are ERC-20 tokens. KeepKey actually only accepts seven non-ERC-20 crypto assets. Numerous glaring omissions result from this. For instance, KeepKey devices are unable to store well-known altcoins like Ripple, EOS, and Binance Coin.

Here are some of the main crypto assets supported by KeepKey:

As was already mentioned, KeepKey has a significant advantage over many of the competing hardware wallet options for storing cryptocurrencies. Still, KeepKey isn’t thought of as a top-tier piece of hardware in general. Although KeepKey and TREZOR have comparable underlying architectures, Ledger and TREZOR are generally regarded as the top two hardware options available. It should be noted that previous security problems affecting TREZOR devices also affected KeepKey hardware wallets.

Therefore, while KeepKey has an advantage over software-only wallets due to its hardware component, there are other options available that provide an even higher level of security.

Importance Of The Keepkey Display Screen

How To Set-up Your Keepkey

KeepKey is relatively easy to set up, and it shouldn’t take more than ten or twenty minutes. High levels of usability can be found. It should be noted that in order to use KeepKey, you must first register for a ShapeShift account.

Here are the four basic steps for setting up your KeepKey:

You should be able to view your portfolio, purchase cryptocurrency using Banxa, and even conduct trades using decentralized exchanges from there.

Although integration with Android wallets is possible, the KeepKey wallet does not support Bluetooth, so it cannot be used with an iPhone.

Who Should Use It?

Sincere to say, KeepKey is a hardware wallet that should be used by anyone who owns cryptocurrency. It is the safest, most secure way to handle and store your cryptocurrency because it is impervious to hacking attempts and security flaws that software wallets and online hot wallets are prone to. Since everyone should store at least the majority of their cryptocurrency in a hardware wallet, this is necessary. If you require access to your money while not in your KeepKey wallet, then using a software wallet or online wallet is the only option. In order to make a transaction, for instance, you would need to have access to your money online, on a computer, or on a mobile device while you are away from home and leave your KeepKey device in your safe. For storing the majority of your cryptocurrency and performing significant or large transactions, the KeepKey wallet is the best option. An online or software wallet might be sufficient for you if you only need it for small transactions and cryptocurrency amounts.

In comparison to the Ledger Nano S and Nano X, the Keepkey is a similar gadget. Although there are subtle differences, it competes fairly on price and basic utility.

The simplicity of setup and ambiguity regarding the types of software it can be used with are the two most noticeable drawbacks. Although this might be the result of a short-term ShapeShift bug, installing the firmware was definitely more painful than it needed to be.